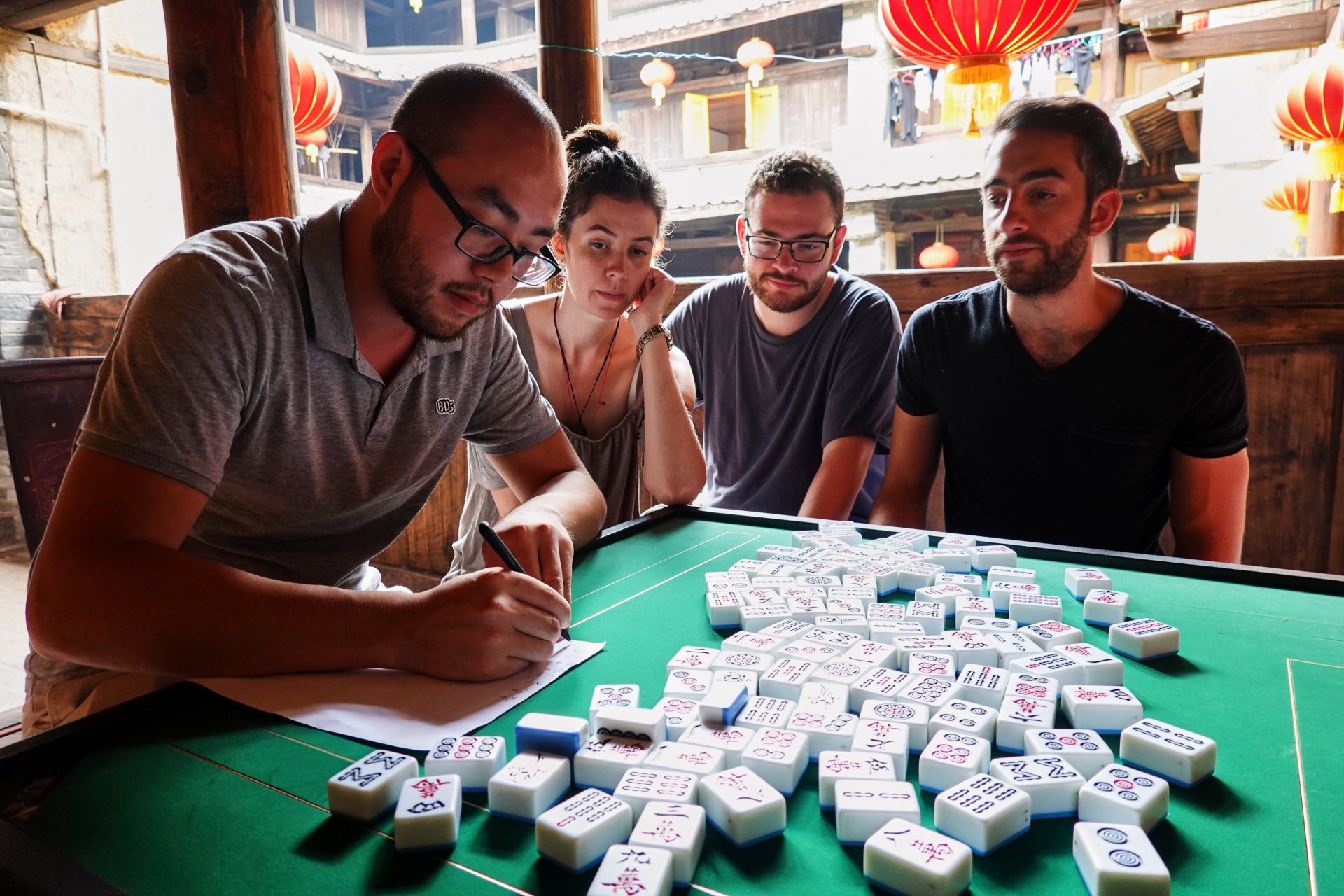 It was here in Hongkeng when I had my first real coffee in 25 days straight. The thin instant coffee that contains more sugar than coffee doesn’t count, obviously. It felt so good. It’s not like I didn’t get the chance to grab a coffee in the cities we visited. But at Starbucks, I always opted for the stranger frozen beverage options instead, like those with grape jelly at the cup’s bottom.

During the two days we spent here, we also learned to play Mahjong. At least the idiot version, where we took out most of the stones with only Chinese characters on them. But even remembering the Chinese number characters from 1 to 9 (一 二 三 四 五 六 七 八 九 ) while trying to understand the rules (“You can chow a pair, but you can’t chow a kong. And also no punging a kong!!”) was a bit of a challenge. So we ended up with little cheat paper snippets with the Chinese numbers on them. Know what’s even harder than reading Chinese characters? Reading handwritten Chinese characters. Another reminder of just how different their language is from ours.

Once you understand the basic rules, Mahjong is pretty straightforward and fun to play though. Not too different from a “normal” card game. I guess you could also play Mahjong with Mahjong playing cards – if you can hold 14 cards neatly arranged in one hand, that is – but the thick, heavy tiles feel good in your hands and the sound they’re making when you throw them in the middle of the table is definitely part of the Mahjong feeling.

More from the sleepy village

A very Chinese overview map of the area

Oh yeah, one last thing that really pissed me off more than it should: They were offering to do our laundry in Hongkeng for 25 Yuan per kg, which is around 3 € or 3.50 $US. Many things are quite cheap in China, dry cleaning is not. So some of us took the opportunity.

After having washed it, they hung it up on the balconies all over the inner courtyard. And then they burned some stuff in the middle of it to engulf the entire place in smoke for hours. They do this in many Asian countries to keep away the mosquitos. This works quite well, the only problem: The constant light rain that day and the humid air kept the smoke from rising. Long story short: Most of my clothes have been out in the fumes for a full day and now smell like smoked ham. The whole place still smelled when we left the next day. And now, as soon as I open my backpack – boom, everything stinks. Gotta wash and (and dry!) that stuff again myself before flying to Japan. But enough complaining, we’re not in Germany anymore. 😉 Gotta practice the subtle art of not giving a fuck a bit harder. 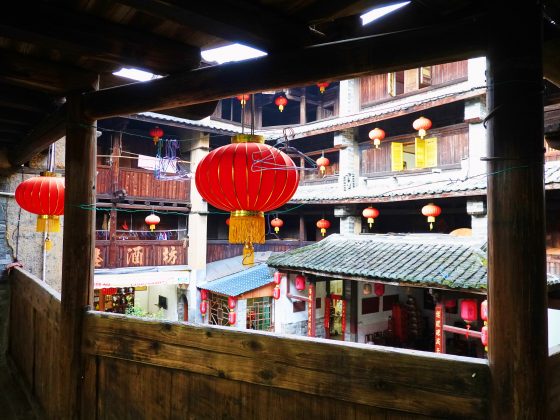 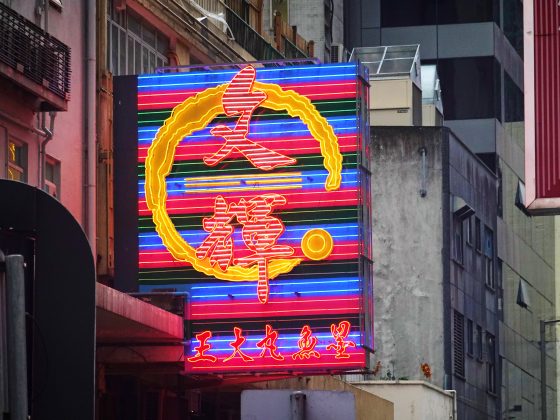