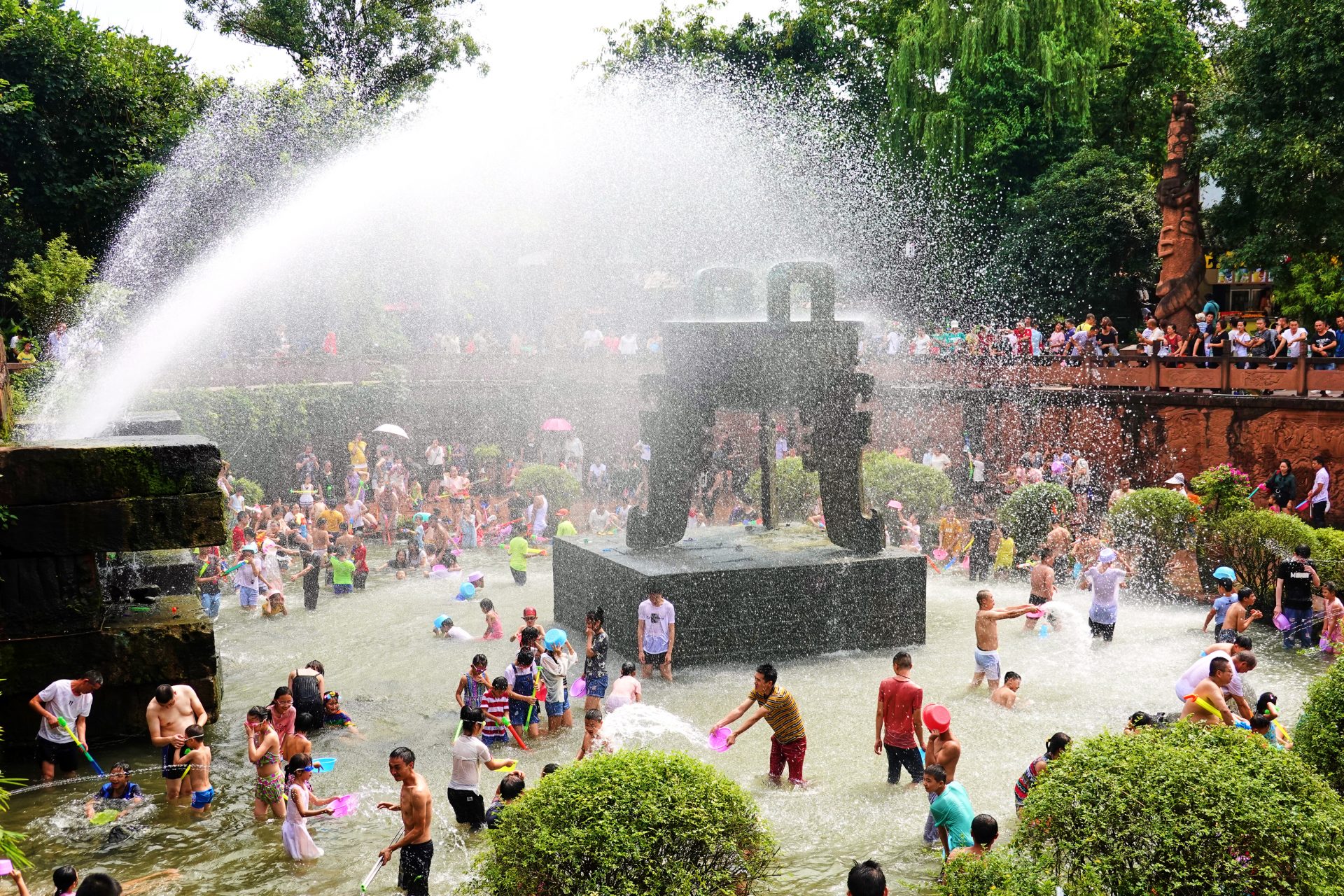 We spent most of the time in Chengdu in a busy walking street that had a stream running in the middle and hundreds, maybe thousands of kids and grown-ups playing in it. If you get one step too close to the kids and present yourself as a target, you’ll be drenched in seconds. Which isn’t too bad, since you’re drenched in sweat anyway a minute after stepping out of any air-con vehicle.

Chengdu also has the largest Panda breeding station in the world, which makes sense since some live close to the city and they are lazy af when it comes to reproducing, sometimes still strictly following China’s one-child policy. One of the Chinese names for pandas is “cat bear,” which I think is funny since they don’t act like cats at all. Everybody here would want them as pets though. Keep in mind that they spend 10 to 12 hours a day eating 40 kg of bamboo shoots and sticks. All pandas living in zoos abroad are owned by China and are in many cases provided with bamboo from the Chengdu area, delivered by airplanes to keep them fresh.

If you want even better care as a panda, just pretend to be pregnant. Since you’re fat and have a thick fur anyway, humans are easily fooled and provide special treatment.

The station is enormous, and still, it’s incredibly crowded. If you want to see baby pandas, you have to queue up and wait for a short glance at them. The funniest part is the four angry Chinese workers right beneath a “keep quiet” sign, screaming at you with megaphones from 30 cm away to keep you from stopping for more than a split second. I’m not exaggerating.

As it turns out, there’s more than just rice and noodles to eat. Most places don’t have English menus, so we either point at stuff that looks good or ask Yao for recommendations and translations.

Hot Pot is huge in Chengdu and resembles what we call “fondue,” only here you sometimes have your own little pot in front of you and use strong broth to cook your food. We were drowning in food, and they kept bringing us more and more for hours. Shrimp dumplings, different meatballs, fish heads (+ the rest of it), all kinds of mushrooms and tofu, seaweed, vegetables I hadn’t seen before and much more. No rice, no noodles. Delicious stuff! You only have to get used to the waiters standing next to your table all the time. At one point at the beginning of the evening, I dipped one of my chopsticks into the broth and licked it off to get an idea of what it tasted like and one of them came up to me and said “No, no!!” Still not sure if you’re not supposed to lick chopsticks or if he wanted to say “Stupid European, you can’t eat soup with chopstick!”

One of the great things when traveling through China with a group of 14 others: In every new place everybody just flies out to the local supermarkets and convenience stores to get some water and stock up on snacks they often haven’t seen before. And in the next 24 hours, everyone is just handing out and exchanging their newest findings.

… So Grandma, if you’re reading this on an Internet terminal or something in a nice place in heaven/afterlife: The food is excellent, and it’s always enough! Plenty of snacks everywhere. I’m full all the time. I’m good!! 😊 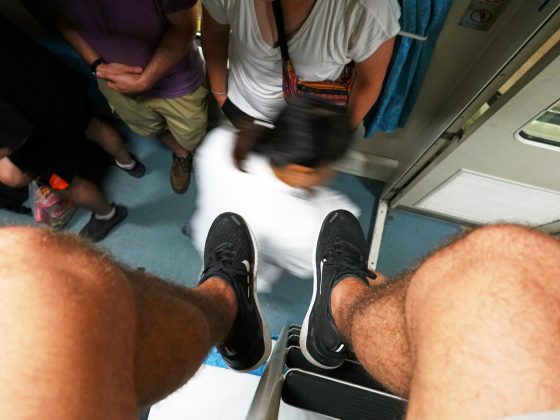 This Isn’t Too Bad At All

Kung Fu and the Shaolin Temple