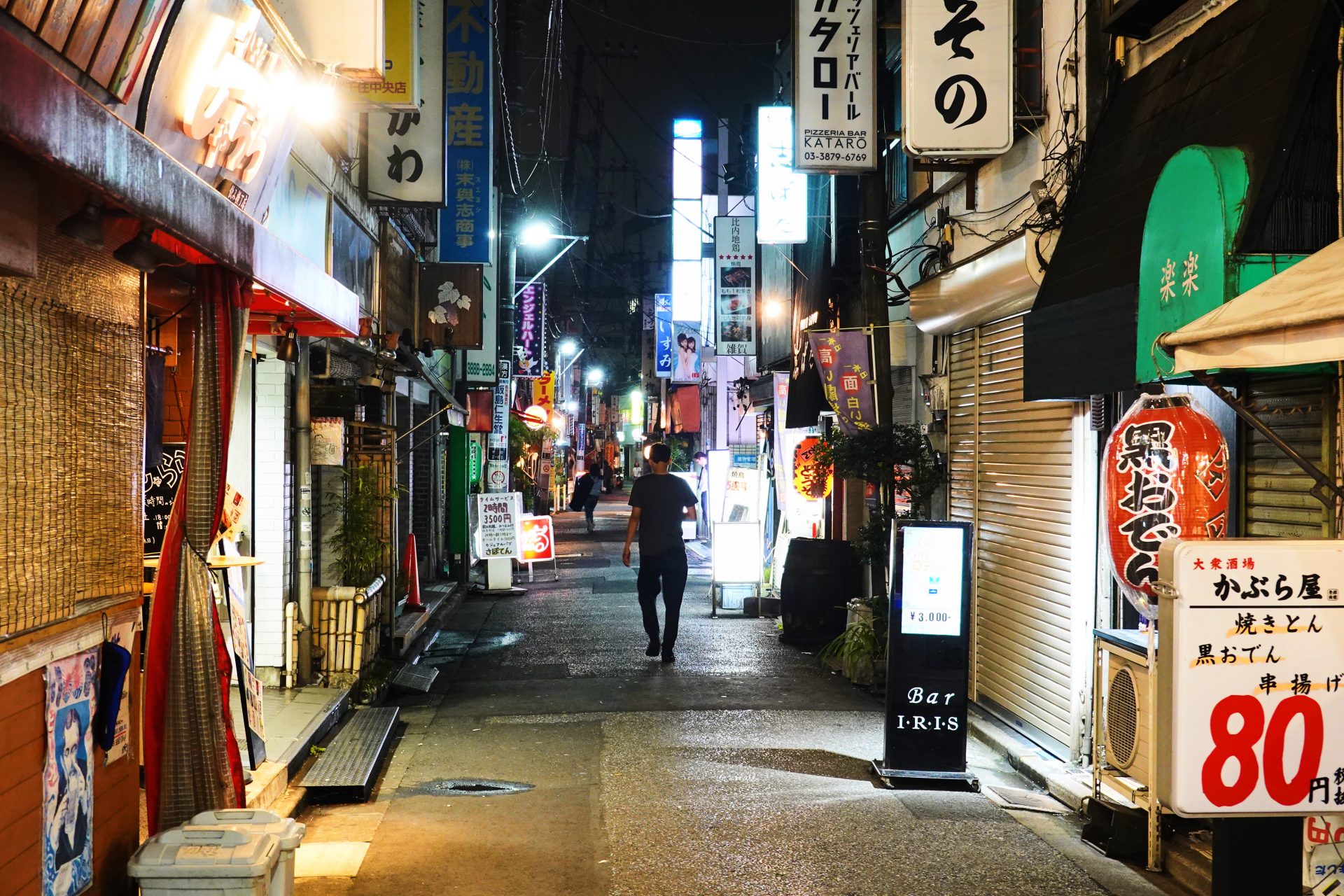 My first few hours in Tokyo went pretty smoothly. I hadn’t prepared anything. I had no idea about the currency, the public transport or how to get to the capsule hotel I had booked two days before. Everything was easy to figure out using the airport WiFi. The ATMs on the airport also worked, even if they’re entirely different from ours.

Their interface design, both physically and digitally, is different. It’s more colorful, there’s more sound feedback when pushing buttons and they’re constantly talking to you. They’re kind of reminded me of the e-shop interfaces of Nintendo consoles. It’s hard to pinpoint what it is exactly, but everything feels snappier while there’s way more buttons, blinking lights, and options than anywhere else.

I hadn’t made any plans for Japan yet, apart from walking into Sony’s headquarter to question them about the RAW file format of my RX100 VI camera and why it wasn’t supported anywhere yet. I would just come up with everything else as I go.

This wasn’t a bad idea at all since you run into so many things anyway. Still at the airport, I saw the first vending machines – if you can even call them that: Never ending arrays of machines that sell you plastic balls with little collectible toys. These machines are everywhere in Japan and can contain anything you can imagine… or at least fit into the standard sized plastic balls. (Yes, including worn panties, but more on that later. 😛)

The first Yen I ever spent were on a tiny can of cold espresso from a vending machine in an empty street, in the middle of the night, on my way to my capsule hotel. As soon as you leave the crowded center of Tokyo, the streets are incredibly relaxed, narrow and beautiful in my opinion.

It took me some time to get there, and while walking in the empty, dimly lit street, warm air around me, only hearing the bell sounds from a nearby railroad crossing, I had this intense feeling of freedom. Being on my own, no appointments, no schedule… being in a country where people don’t really care about what you’re doing as long as you don’t interfere with them… it’s a feeling I’ve been longing for for a long time.

The next ten days in Japan will be awesome, I know it.

In China, everyone is constantly eating. Here, on the street: no one. Eating and drinking in public are frowned upon. Damn, walking through the streets and taking it all in while chewing on some local food was my favorite thing to do in China. I was often looking around at other people while walking through the streets of Tokyo to find an excuse for eating something on the go, but they just don’t. Sitting down close to a shop that sells snacks is OK, but don’t you dare to walk down the street while eating your ice cream! 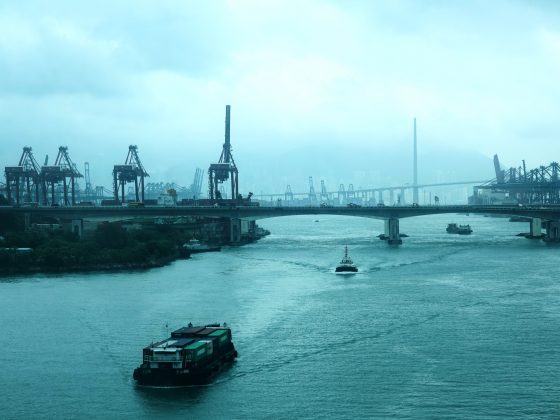 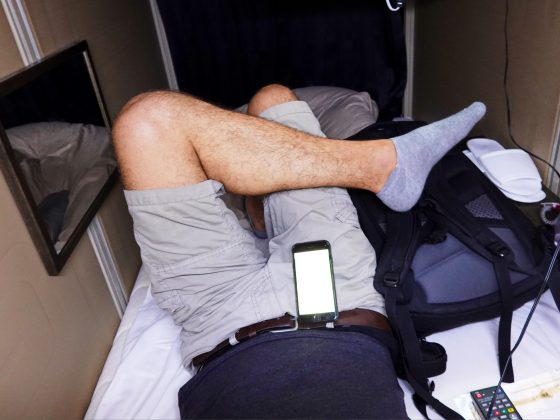 And This Is The Box You Sleep In