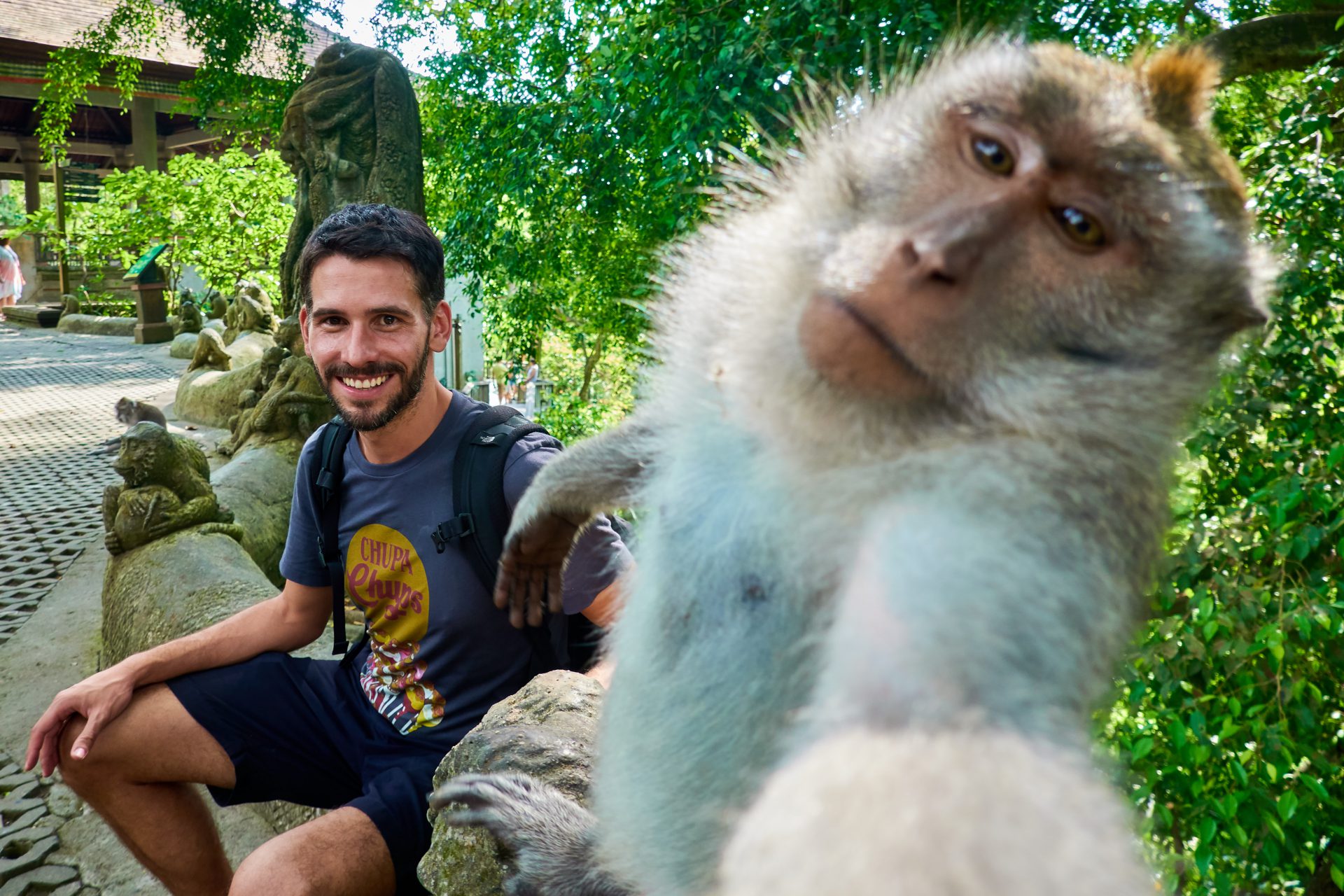 Ubud is home to a very special attraction – one that doesn’t feel overly touristy and is certainly not fake. The Sacred Monkey Forest is a sanctuary and natural habitat of the Balinese Long Tailed Monkeys, and it’s full of them. Currently, there’s 750 of them, living in an open area that has no cages or fences. You only have to pay a small entry fee that they use to maintain the three temples in the forest and take care of the monkeys. Like feedings them, teaching humans how to treat them or consoling them after they suffered a painful scratch in a monkey fight by giving them a raw egg to eat.

The monkeys have no fear of contact. In fact, they’re always scanning you for stuff to steal. People are told not to bring food, or lock their backpacks if they do – monkeys know how to operate zippers. If you still bring food and fail to secure it, it will only take a moment for a monkey to jump on you, steal your food and then sit down on your shoulders to eat it. It looks like they have been trained to do this as a trick, but it just seems to be the most convenient place to eat.

Many visitors, myself included, forget their water bottles that are in an outside compartment of their backpacks. So within a minute of coming closer to a group of monkeys, one of them jumped on me, fished it out from my bag, sat down on my shoulders, opened the shrink-wrap around the cap with his teeth and then emptied the entire bottle, spilling half of it all over me in the process. Should have known better. But then again, it was hot and nobody cared if I was all wet. No regrets!

It’s essential to know that once a monkey wants to have your food, you have to let it go or they will bite you with relative certainty. This has proven to be a very efficient way of telling humans their food now belongs to the monkey community. They only recently stopped selling bananas and now also prohibit bringing food to feed the monkeys, since there have been so many injuries lately.

Another vital piece of information: Looking a monkey directly in the eye is considered a dick move in monkey culture. Smiling at them (showing your teeth) is a definite sign of aggression. Sit down next to a friendly monkey, look them in the eyes and smile at them and you’ll find yourself in a bloody monkey vs. human fight. 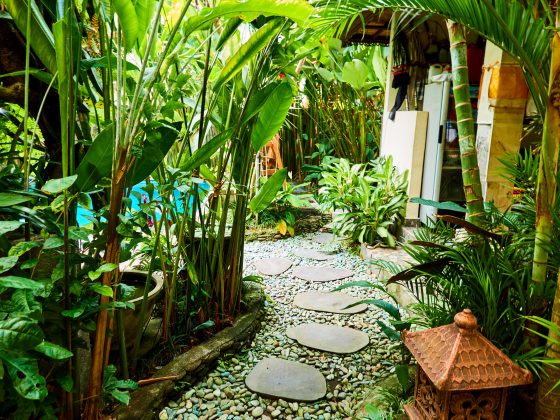 I’ve Been Robbed (by a monkey)