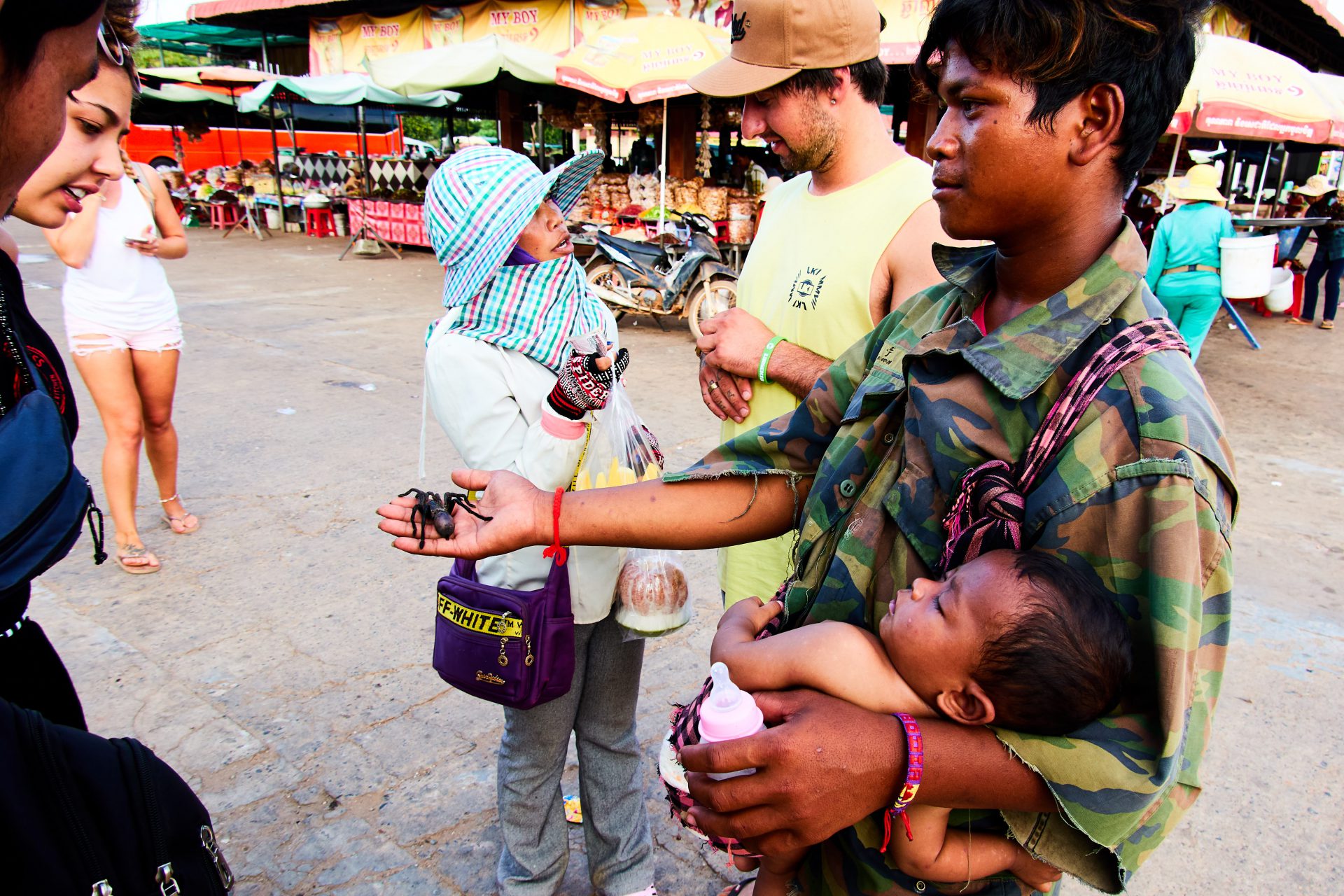 No, I Don’t Want to Hold Your Spider

Cambodia is an interesting country. It’s definitely not your typical holiday destination. Angkor Wat and all the other temples in the jungle are very cool to look at, but if they didn’t exist, I doubt many tourists would ever bother coming here.

Our local guide Oeurt Bin (“Mr. Bean”, they like movie and TV characters here) is 25 or 26 years old – they didn’t keep track of birth dates back then. We heard a heartbreaking story about his family. About his brother’s daughters only seeing their dad every other year because he has to work in Thailand as a construction worker. And about his mom passing away while he was studying, not even knowing he had just finished his bachelor’s degree. (Which is a huge thing in a country that lags behind on education.) Or how his girlfriend of many years, who he was secretly engaged to, had to leave him a short while ago to marry a weirdo who makes more money… because her parents demanded it.

Eating insects became a thing during the famine and is still part of the local cuisine.

The current government is seen as problematic by most locals. People have fake Facebook accounts without real names out of fear of the government. Shit-talk the government and you might just vanish, according to one of our local guides.

Cambodia’s king is 76 years old. He has no wife or kids. People are worried about what comes next after the king dies. All that’s left of the king’s power (or influence) will probably be transferred to the president, which would make Cambodia a pretty much communist country. The current president has been elected every five years for the last 35 years. Voting is mandatory, but there’s no opposition. If you don’t vote, the government knows and can make your life hard. 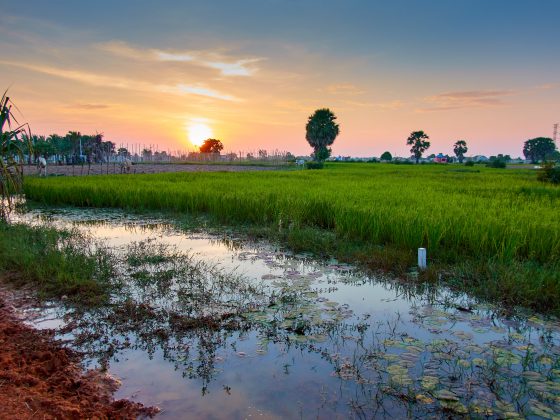 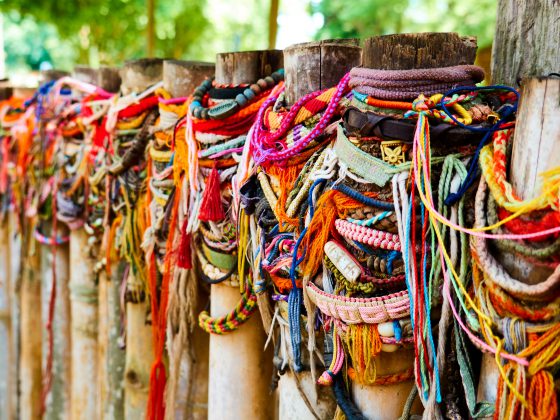 To Forget Or Remember?